This project began as an inquiry into the role visual communication plays in activism. Jacqueline’s series of 40+ posters put anarchist theory and perspectives into a designed visual language. The posters speak to a range of issues, including justice of Queer and First Nations communities, the rights of women and workers, and the continued plundering of the planet.

Informed by the second-wave punk movement of the 1980s, this project explores anarchist design methodology, which is grounded in sharing, collaborating, and making without a centralised authority. Uneven power dynamics within the design are dissolved to facilitate a cooperative design environment and the ‘user’ is approached as a designer and encouraged to actively engage with the work to produce their own design.

This project is designed for low-cost black-and-white printing and widespread distribution. Deriving inspiration directly from political theory, Jacqueline has taken quotes or phrases to build a text-based composition combined with their photographic archive. The posters were laser printed and then copied through a thermal transfer fax machine. To achieve worn textures Jacqui would often fold or scrunch the posters by hand.

Jacqueline Adams is an emerging designer and photographer with a strong political focus in their practice. They have primarily worked in local music and art spaces to produce posters, programs, and banners. Working collaboratively with radical political organisations, they are experienced in creating infographics around a protest or movements. 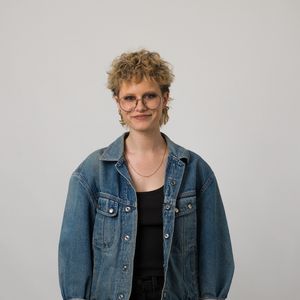 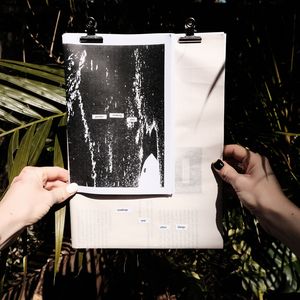 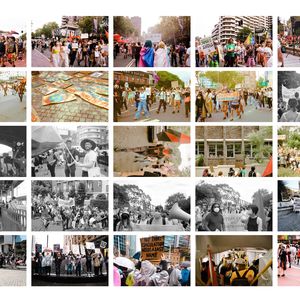