The three works by Bin Dixon-Ward in this exhibition all reflect on the built environment and its repeating grid-like geometries. These take expression in the 3D-printed neckpieces Blueprint, 37 ̊49’52.96”S 144 ̊51’37.56”E and BRICKS.

Bin Dixon-Ward’s Blueprint reflects on the city and how it is in a constant state of evolution, yet even so, its origins persist. As existing structures are demolished and the surface of the city is excavated, its underlying structure is exposed and the grid is revealed, providing a blueprint for the future. A neckpiece for the 21st century, constructed using the digital tools of 3D modelling software and 3D printing, Blueprint is then finished with the enduring techniques of hand dying and sgraffito.

The grid reference listed in the neckpiece 37 ̊49’52.96”S 144 ̊51’37.56”E reveals an industrial ghost site. History has been razed, the land cleared waiting for redevelopment. What remains are a collection of linkages connecting the past with the future. Surrounded by residential housing the highly porous, the ghost site has had several lives, pre-settlement grasslands, farmland, industrial manufacturing and, next?

Bin’s BRICKS neckpiece references our relationship to the built environment. Bricks are the basis of building, they reflect our deep history. People have been making bricks for millennia. Perhaps they are the first grids. The handmade brick reflects the hand of its maker and the builder who would eventually assemble them into walls and buildings. They also reflect those that inhabit the spaces these walls and building create. These constructed grids speak of the human body, in particular the hand. As Paul Good wrote “The brick is the elemental self-portrait of the human species” (Paul Good, 2002, Time Sculpture. Cologne: Walther Koenig Verlag, p.92)

"Through making jewellery, I apply spatial thinking to engage in contemporary discussions relating to the role of digital technologies in material culture, and the relationship between the maker and the machine. It is through these technologies that the complexity of these relationships can be revealed."

Bin Dixon-Ward brings a distinctive lens to contemporary jewellery and a new way to understand and engage with the urban fabric and the role of digital technologies in jewellery. Her solo exhibitions include The Grid Reimagined at RMIT, Oomph! for Radiant Pavilion and This is What’s Left of the West Gate at The Substation. Her work is held in public collections including the National Gallery of Victoria, Melbourne; The Powerhouse Museum, Sydney; Musée des Arts Décoratifs, Paris and the Art Gallery of South Australia, Adelaide. Bin is a sessional lecturer teaching digital modelling and 3D printing in the RMIT School of Art. 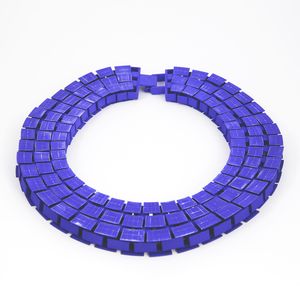 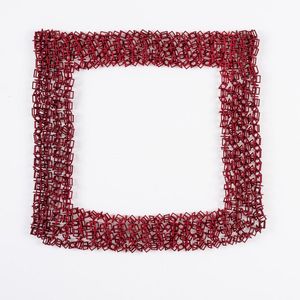 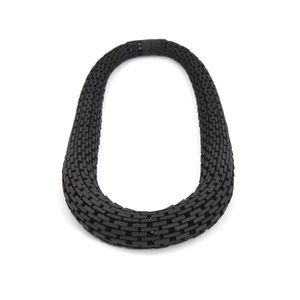