The series Bird Island uses materials that are available to Helena Bogucki in her studio. Her collected banana-tree fibres, copper and enamels were all she needed to portray an imagined place. The Bird Island concept was created in hospital waiting rooms and specialist clinic appointments. As Helena and her daughter sat together waiting to see doctors and therapists, they developed a world that kept them both safe from the fear of the unknown waiting behind the closed doors of long hallways.

The birds of Bird Island are unpredictable and playful. They exist within a hierarchy of royalty, traders and village folk. The island is big. The flora is still being collected for documentation and maps are hand drawn, referencing the geography of the island. The works are the field notes, the documentation and the final works.

"The works that I create combine formed and found pieces. The found objects I discover on field trips to regional locations in Western Australia are combined with silver, copper and enamel components in my studio. These pieces come together to provide a memento of my research.

"The research and documentation processes (photographs/ site specific detritus/ collected local histories) are often more valuable to me than the final works created."

Helena Bogucki is an independent designer who makes jewellery and objects that combine formed and found pieces, reflecting a passing moment or conversation.

Helena begins her work in the field. Foraging and taking samples from her surrounds, Helena is a collector with an adventurous spirit who seeks inspiration from objects and people. She documents the process from her studio in Western Australia. The catalogued information and findings provide souvenirs that are often as valuable as the fine art jewellery and objects she makes.

The signature of her jewellery is a tiny identification tag containing details about the historical source of the piece. These are made with a tiny saw and incorporated into the works to become a portable archive for the wearer.

Helena has exhibited her fine art jewellery across Australia. She creates her works in vast locations whilst exploring the origins of design and creating new work in the field. She has participated in national and international residencies and her work has been acquired by the Art Gallery of Western Australia and the City of Perth.

Helena was born in 1980 Exeter, England. She arrived in New Zealand in 1993 then moved to Australia in 1998. She currently lives and works in Perth, Western Australia. 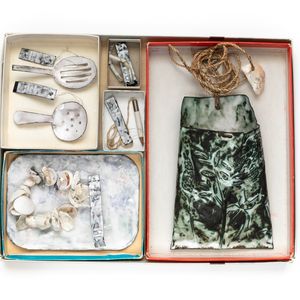 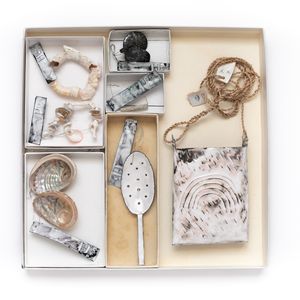 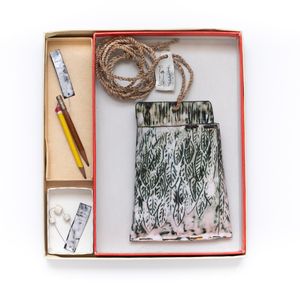