Inspired by the gumnuts, billy buttons, sticks and seedpods that the artist's son picks up and hands to her like treasures, Making Time is a series exploring the permanent and impermanent. Jess Dare crafts in brass the essence of these little treasures, an exchange between mother and son. A treasure to keep and hold, long after the moment has gone and the memory has faded.

This collection explores ideas of memory and holding onto moments in time, experiencing nature anew through a child's perspective, collecting and collections.

"Nature, botanical specimens and memory influence my exhibition work. I use nature as a metaphor to investigate concepts of the fragility and transience of memory. To me, flowers are a constant reminder that life is ephemeral, ever changing, momentary and precious.

"As a jeweller I have always been drawn to the miniature, it’s how I view the world, in small minute details. For me, this intimate scale draws people into my sense of wonder, whilst the gigantic thrusts a world upon the viewer. I also use this scale to accentuate the sense of intrigue and awe that I get from the natural world."

Contemporary jeweller Jess Dare completed a Bachelor of Visual Arts specialising in Jewellery at the Adelaide Centre for the Arts TAFE SA in 2006.

Practicing flameworking for over 10 years having been taught by local and international glass artists, glass now forms an integral part of her practice.

Jess joined Gray Street Workshop (est.1985) as an access tenant in 2007 and in 2010 became a partner of the workshop, joining Catherine Truman and Sue Lorraine in continuing its legacy and shaping its future. 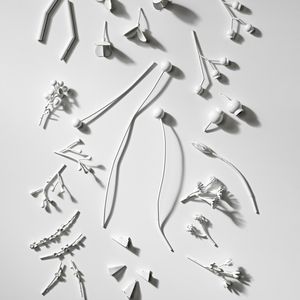 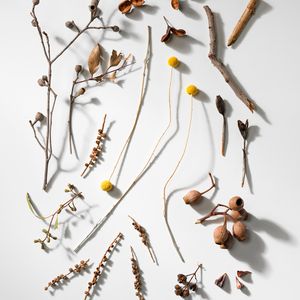 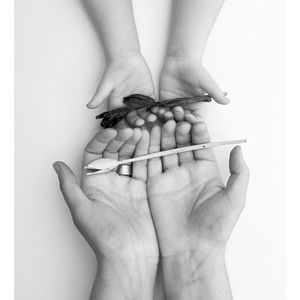 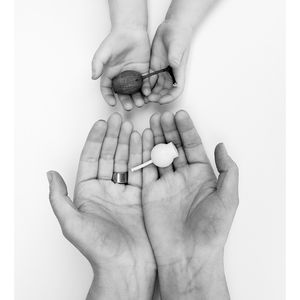 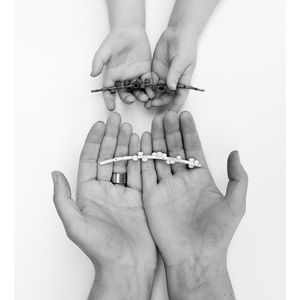 Making Time: Exchange Between Jess and Her Son Banjo (Gumnut), 2019
Gator board.
NFS

Making Time: Exchange Between Jess and Her Son Banjo (Callistemon), 2019
Gator board.
NFS