The Cameron Offices are a series of 1970s former government offices located in Canberra. Architect, John Andrews, wanted to create a truly modern large-scale building suited to Australian conditions. The complex was built on a 2.4 hectare site, primarily constructed of in-situ and precast concrete performed on site. It was designed to accommodate 4,000 public servants and during its first 30 years its primary occupant was the Australian Bureau of Statistics.

In 2000 the building was sold to a private company who had demolished many of its wings by 2008.

What remains is occupied by the government agency responsible for superannuation administration and student accommodation for the nearby University of Canberra. 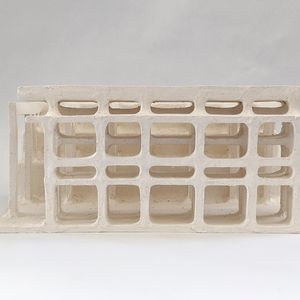