Designed to hold offices of the NSW Government, the building was a 38-floor, 128 metre tower of composite concrete, steel, glass and black granite. Once built, the State Office Block was the tallest building in Australia, holding this title for two years.

Discussion over its future began in the late 1980s when government policy shifted to leasing rather than owning office space. The building survived into the 1990s, with heated discussion continuing over its future, considered by some to be old enough to be outdated, but too contemporary to be of heritage value.

In 1997 the building was sold and soon after demolished, replaced by the Renzo Piano’s ‘Aurora Place.’ On its demolition, The Sydney Morning Herald observed that “there were murmurings in architectural circles but little discernible public disquiet at the loss of the ‘Black Stump’.” 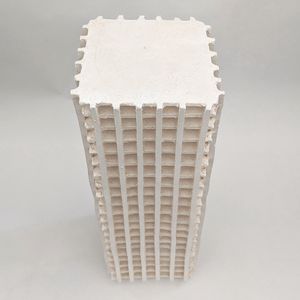