With the natural environment as a strong influence in his practice, Grant Vaughan’s stylised sculptures echo and amplify the fluid forms found in shells, seed pods and leaves. In a departure from earlier works, Split Form contrasts finely honed timber surfaces with heavily worked and painted areas. He comments: ‘Split forms have become a feature of my sculptures with the two carved elements combining to create the final form.’

Grant’s formative years were spent in various country towns on the western Sslopes of New South Wales where he developed a strong relationship with the land. His response to his natural environment has become the dominant influence in his work. Grant has exhibited widely in Australia and the USA with pieces in many private and public collections including the Boston Museum of Fine Art, Parliament House Art Collection, Canberra, and the National Gallery of Australia. 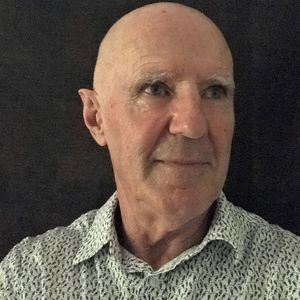 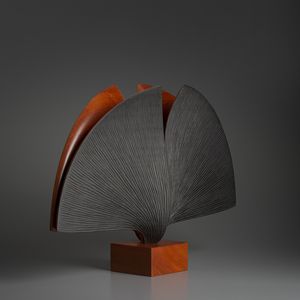 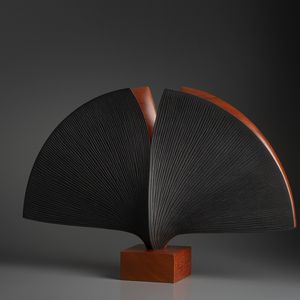