Stony Creek Frog with Bug and Moth and Goanna with Dragon reveal Silvio Apponyi’s skill at creating expressive creatures based on firsthand observations. The goanna and water dragon were spotted during a journey to the Northern Territory, while his Stony Creek Frog came from a visit to Queensland’s Lake Wyaralong where leaping frogs interrupted a dinner party he attended. During that trip he began roughing out this sculpture from some ‘weirdly-shaped pieces of dry red cedar’ found under his host’s front veranda.

Working between life-size and miniature scales, Silvio evokes the beauty and fragility of the endangered species he carves. With the timber’s natural form as a starting point, he teases out insects, amphibians and reptiles, creating opportunities for visual delight and discovery. He also uses his wooden carvings as masters for subsequent editions in bronze. Recently Stony Creek Frog was exhibited in bronze.

Based in the Adelaide Hills, Silvio Apponyi OAM has more than 50 years’ experience as a sculptor, working in several media, including wood, stone and bronze. His works range in size from delicate “netsuke” style carvings to large public works in stone.

After gaining a Diploma of Fine Art at the South Australia School of Art, Silvio won a scholarship to the Munich Academy of Fine Arts. Returning to Australia, he worked full-time, sculpting during the evenings, until in 1988 he was able to become a full-time artist. Since then, Silvio has won several prizes for his work, notably in the SA Museum’s Waterhouse Natural History Competition and has exhibited, in Australia and overseas. He has made several trips to Japan where he studied wood-block print-making.

In 2020 Silvio was awarded an OAM for services to the visual arts as a sculptor. His work is held in many public and private collections. 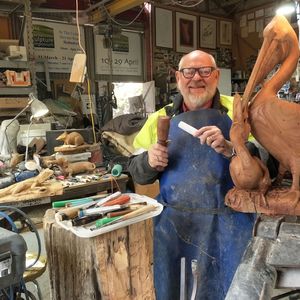 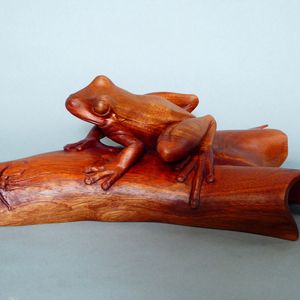 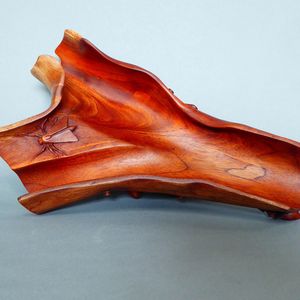