What are the many ways to learn ceramics?

If you’re thinking about a class at a local studio or applying for a university or TAFE course, what’s good to know?

Hear different approaches on teaching with clay and a wishlist for the future of ceramics education in Australia. What’s on your list?

Jane Sawyer is the founding director of the Slow Clay Centre and is a ceramics teacher and artist. 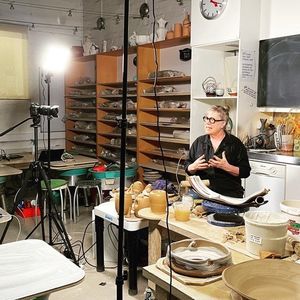 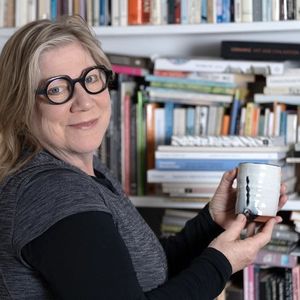 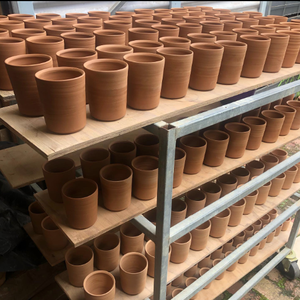 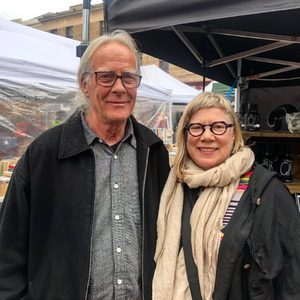 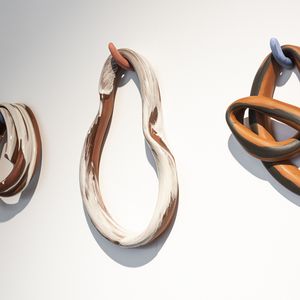 Most people have a preference around the identity as a potter or ceramic artist. Jane Sawyer dislikes being categorised and says she’s “all of those things”.

Ceramics really took hold of Jane at university level, but even then, she didn’t think of it as a career.

“I didn't even know there was such a thing as becoming a potter,” she says. “I was just thinking I would become an art teacher.”

In Jane’s third year of university study, she met a potter who was to become her first real teacher in ceramics, Andrew Halford.

He offered Jane a traineeship in his studio, which she says really took her training to another level.

Even after she’d completed a degree in art education, Jane did not want to teach ceramics yet - for two reasons. Firstly, she’d fallen in love with ceramics and wanted to give it a go full time. Secondly, she says she “didn’t have any life experience to speak of.”

“I can't imagine teaching without some kind of life experience. I'm not talking about authority because that's not what I mean. But more just a depth of understanding of who I am, what my work is all about, and how I can enable that in other people.”

Teaching home classes out of necessity [5:40]

It was economic necessity first got Jane teaching, to supplement her income selling ceramics. She taught small classes in her Fitzroy studio in Melbourne.

People not aware of Japanese techniques [7:05]

Jane realised that people weren’t aware of some of the fundamental techniques that she’d learnt in Japan. This gave her the confidence to teach something different and “something that I knew was really valuable. I still have that motivation.”

Japanese momiji technique to wedge or mix the clay [7:35]

One Japanese technique Jane teaches is called ‘spiral wedging’ in English. In Japanese, it’s ‘momiji’ which refers to the Chrysanthemum flower.

Jane describes the technique as “a lovely organic way of moving and rocking into the clay, using your body in a very fluid way.When that's done well, you can mix a large amount of clay without expending any more energy than you would if you were mixing a small amount of clay.”

Skills from the Japanese pottery trade [8:25]

All of the skills Jane learned in Japan came from the trade of pottery, from production, throwing, production, making by hand over hundreds and hundreds of years.

Japanese technique of throwing off a mound of clay [8:35]

Say for example, you're making a hundred pots.

Instead of mixing up a hundred balls of clay, you would mix up one big mound of clay and you might make ten or twenty little pots from that one mound and cut them off as you go.

That technique is all about fluidity and rhythm, keeping your body upright, your back straight, and your wrists aligned. When these skills are used correctly, there’s nothing that breaks your energy too much.

Jane’s traineeship in Japan was at Shussai-gama co-operative in Shimane Province.

Her seven teachers were the main members of the co-operative. They were all in their sixties at the time and Jane was in her twenties, and one of seven apprentices

Jane remembers a time where her teachers called over all the apprentices to look at a pot.

The pot was a shallow dish and was turned upside down, so that everyone was looking at the underside of it.

It was quite rough clay and Jane was dutifully looking at the base of this dish, but she didn’t know what she was looking for, or why everyone was making such a fuss.

Until one the teachers said, “Look, it's just been trimmed in two moves. One move on the inside and one on the outside and that's it. Can you see that freshness? It's alive.”

And for Jane, suddenly that dish spoke volumes about what she was trying to do - to get your movements reduced to the absolute minimum, and the value of that.

Finding your sense of touch, and signature in clay [11:30]

Jane says that because she had a total of eight teachers, she saw eight different ‘touches’ and ‘signatures’ in clay.

“Even though nobody signed anything in the studio, you can tell just by looking at the finish, the fine details in the way somebody's finished a rim or trimmed a foot that can give away as a signature can give away intimate details and identity of the maker.”

RMIT as a pathway to identify her own sense of touch [12:30]

A Master’s degree at RMIT was Jane’s pathway into trying to identify her own sense of touch, she says.

“It also gave me a way of discussing that with students to say ‘Look, we're all different and we're all the same in so many ways. And our slight differences are quite enriching, and they’re what can make our artworks different too.’”

Jane describes clay as the ultimate reflector, the mirror of who we are. Even if it's just a fingerprint or a thumbprint, it's telling us visibly back to us, ‘that's who you are’

She says, “If that's on a bigger scale with a bigger object, then your artistic expression can be so intimately connected with your material, with the clay and with the processes that you use as well.”

Slow Clay is a ceramics education centre Jane founded ten years ago, based in Collingwood in Melbourne.

Slow Clay teaches all levels of classes, including a higher level. There are studio subjects such as the history of ceramics.

In 2006, Jane’s good friend and ceramics artist and teacher wrote a paper called ‘The Distributed Studio’.

Jane says Janet almost had ‘a second sense’ in predicting how ceramics education in the future might look like.

Object is a podcast of the Australian Design Centre. We'd like to thank Visions of Australia, the Federal government’s regional exhibition touring program for funding support towards this podcast.

Object is produced by Jane Curtis, in collaboration with Lisa Cahill and Alix Fiveash. Sound Engineering is by John Jacobs.

Return to Object: stories of design and craft main page.