Object Therapy is an exhibition and project that explores creative transformation and notions of value and repair.

In May 2016, 29 broken objects were submitted by members of the public to a team of repair researchers in Canberra before undergoing ‘therapy’. Items of furniture, ceramics, household appliances, textiles, jewellery, sentimental objects and even one human, were all treated and reimagined by noted Australian and international designers and artists including Trent Jansen, Liam Mugavin, Henry Wilson and Alison Jackson.


In transforming these loved but broken items into objects of delight and surprise, Object Therapy showcases innovative design solutions while exploring the attachments we form with objects. As a project and exhibition, it encourages us to rethink our habits of material consumption while exploring and celebrating the role and creative possibilities of repair in society.


Object Therapy is a project by Hotel Hotel. Developed in partnership with UNSW Art & Design and ANU School of Art and Design.

Object Therapy is part of ADC On Tour, the Australian Design Centre's national touring program. ADC is partnering with Hotel Hotel for the first time to develop and deliver an eight-venue national tour supported by the Australian Government's, Visions of Australia (Visions) program.

Hotel Hotel is a hotel in Canberra, Australia. A place of collaborative craftsmanship made by artists, makers, designers and fantasists. Physically Hotel Hotel is a place made by and informed by art and culture. It is also a vessel for ongoing cultural and artistic creation. 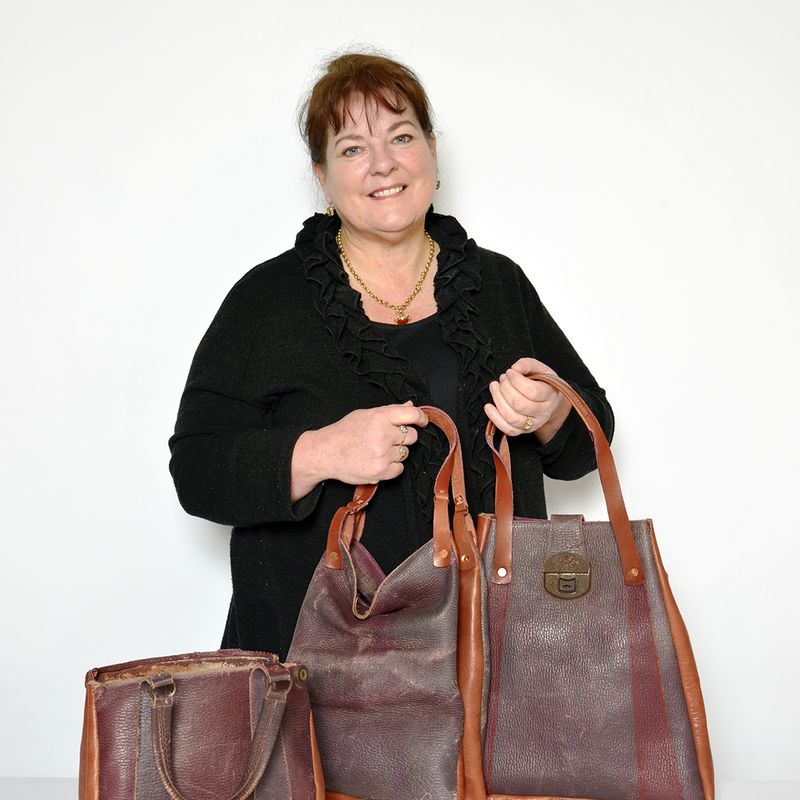 Alison was given the Gladstone bag in early 2016 by her father. When selected for Object Therapy she gained a better understanding of her father’s early life. Repairers Elbowrkshp deconstructed the bag and reconstructed it into three separate pieces, one for each of the father’s daughters. 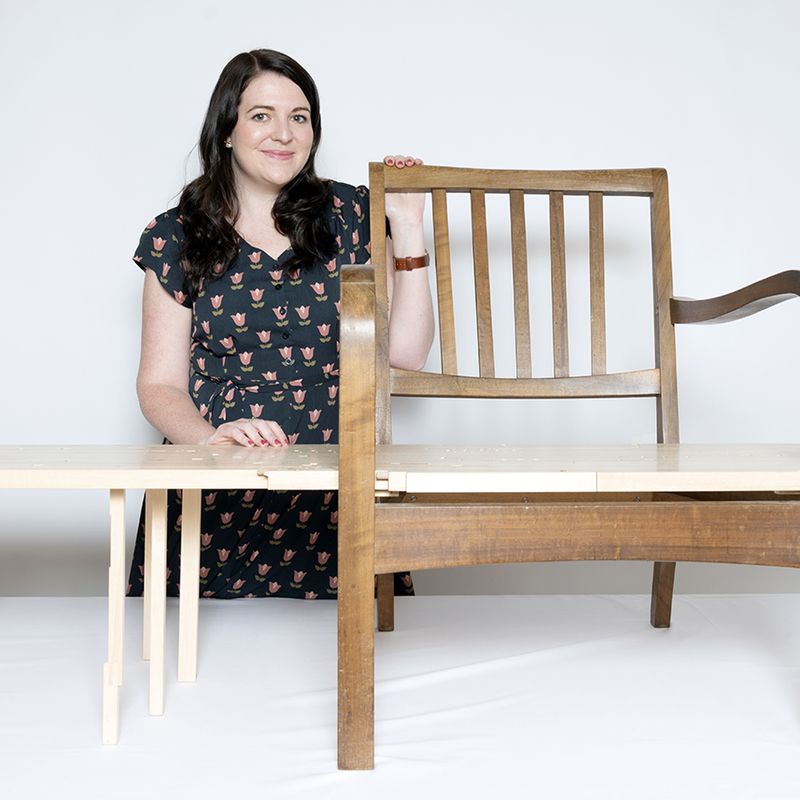 As the heritage officer at the Australian National University (ANU), Amy manages a valuable collection of historic furniture. The bed head and chair were originally designed in the 1950s by Fred Ward, a pioneer of 20th century Australian furniture design. Repairer Niklavs Rubenis simply used one piece to x the other and refers to the work as a ‘glitch’. 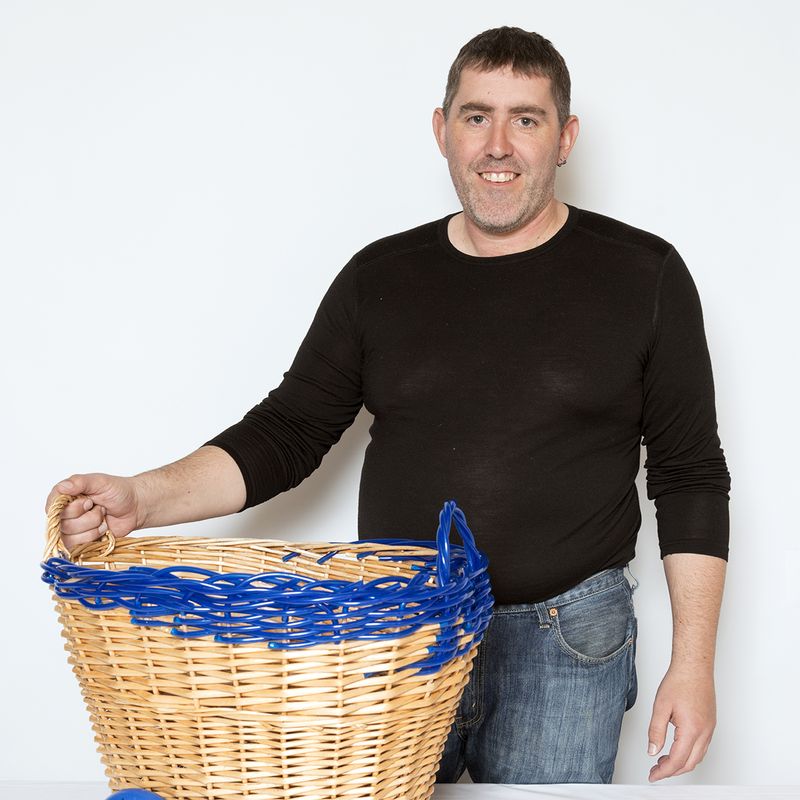 Andrew’s 20-year old cane basket has already undergone repair on two occasions. The basket has had many uses and holds many memories. Repairer Andrea Bandoni was moved by the traces of time embedded in the object and felt a responsibility to maintain the integrity of the basket. 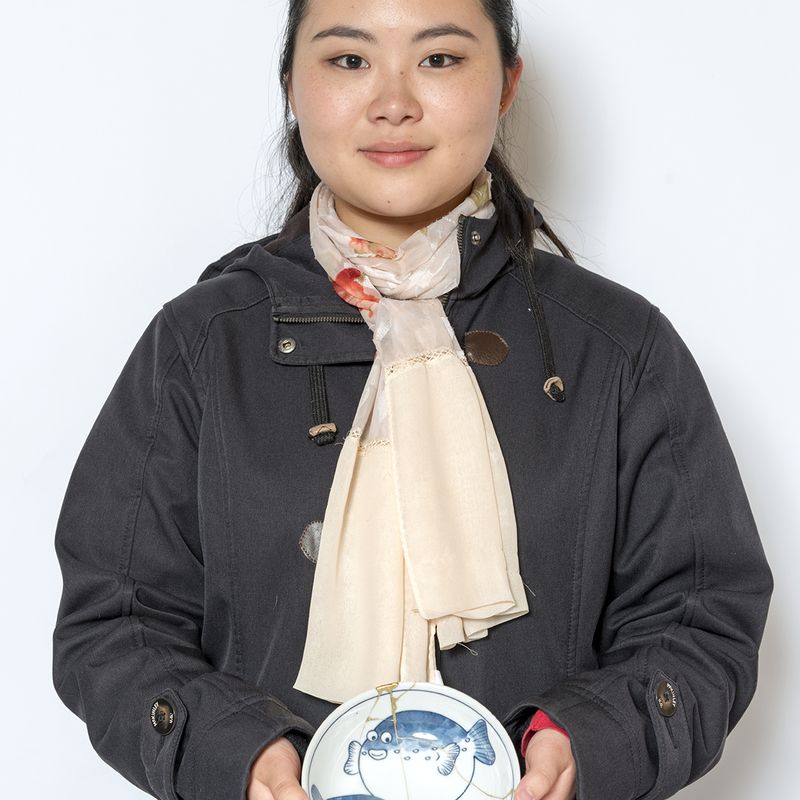 Angela’s mother bought the bowl 20 years ago. At the time the family was struggling with housing and money so buying a personal item was bold. Naomi Taplin has repaired the bowl to working order using modern adhesives in the kintsugi style. 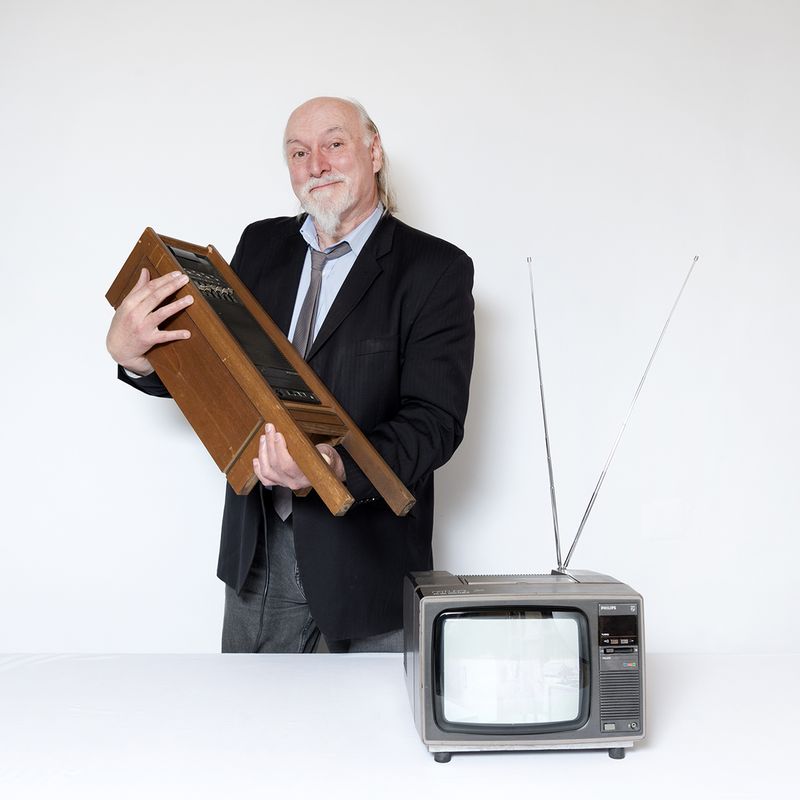 Barry has lots to say about his television. The ‘tele’ was the dominant feature of his parents’ lounge room and he saw it as an object that brought the family together. Scott Mitchell has transformed Barry’s TV into a transmitter that echoes back electrical signals from an earlier time, repopulating the analogue air-waves once more. 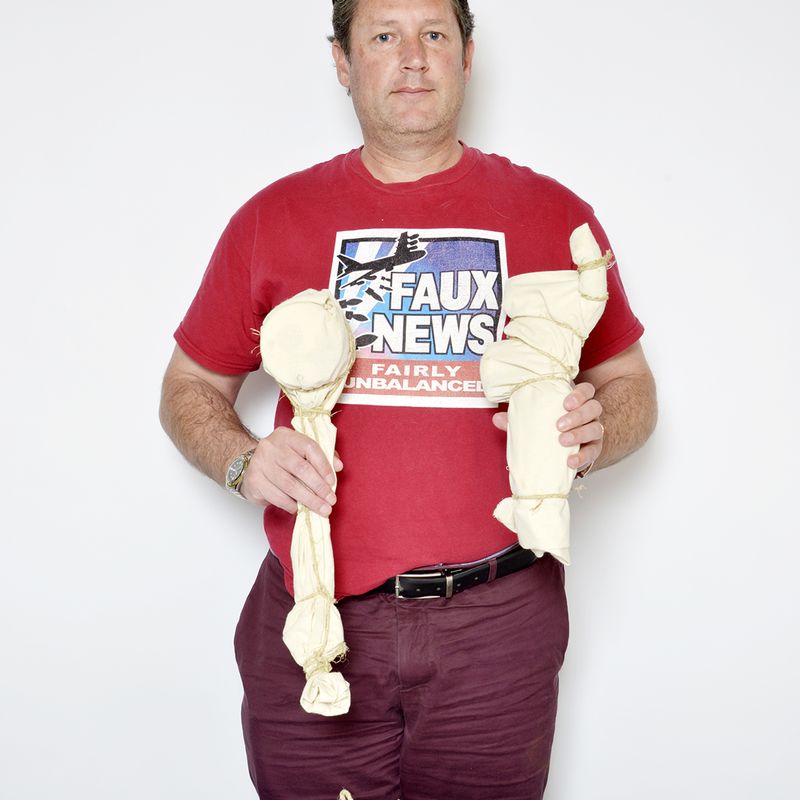 Chris has a 36-year association with the clock. The object was originally his Nan’s and Chris remembers it sitting elegantly on her sideboard. Repairer Rohan Nicol has wrapped the clock up in cloth and bound it, alluding to museum practices of the past - of taking, hoarding and storing antiquities from the classical era. 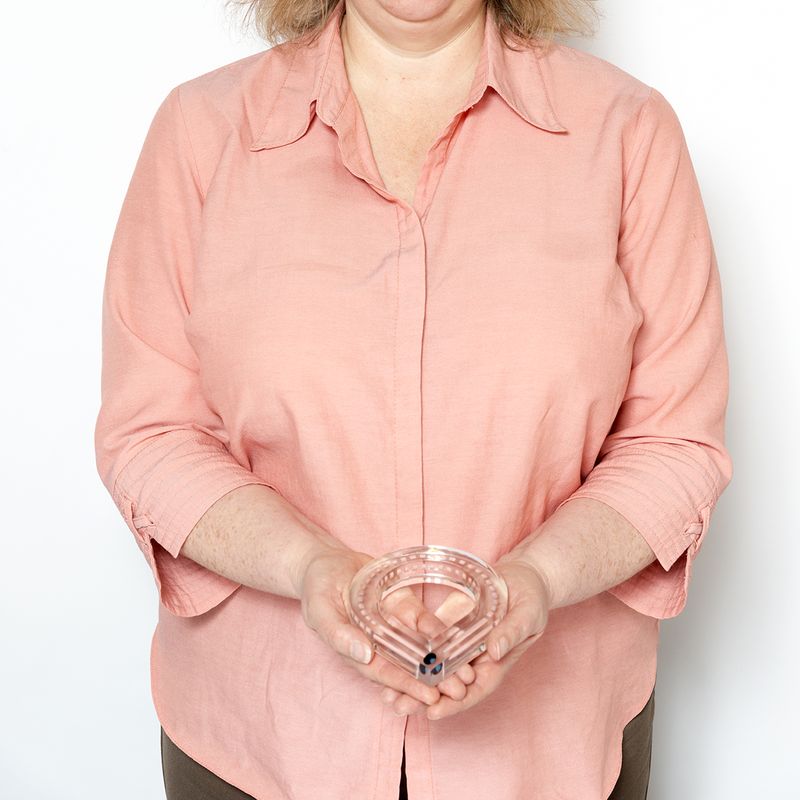 Elizabeth was given the needles by her Gran when she was six years old and has been knitting with them for more than 35 years. Repairers Kyoko Hashimoto and Guy Keulemans acknowledged that Elizabeth’s connection to the object was not for functional reasons. They preserved the broken object inside a wearable transparent polymer resin bracelet. 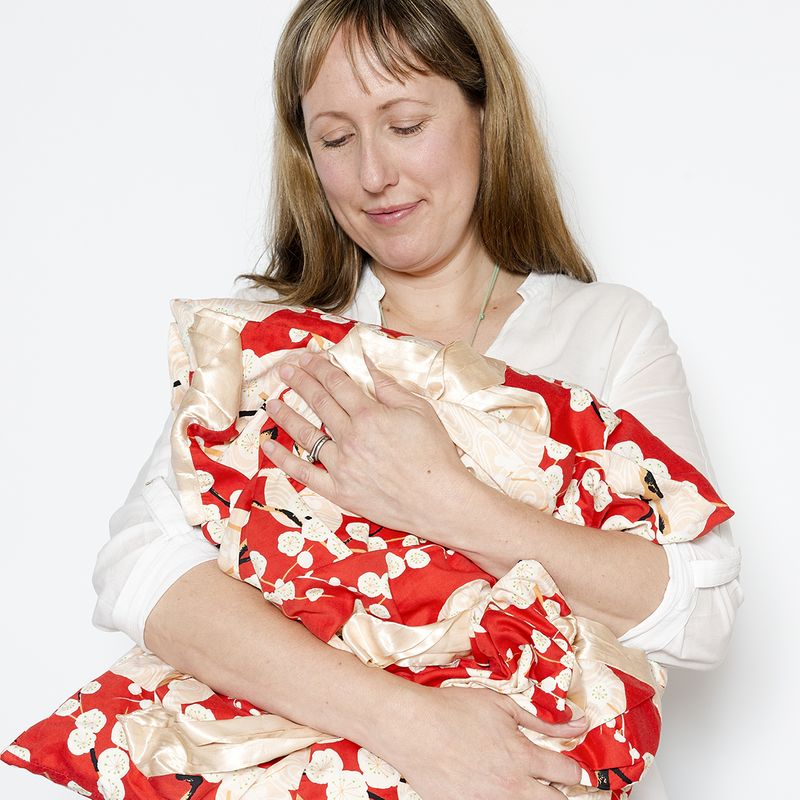 Fi has a photograph of her mother wearing the kimono in Canberra hospital, holding her just after her birth. Corr Blimey transformed the object from a functional item of clothing to a symbol of a generational relationship. 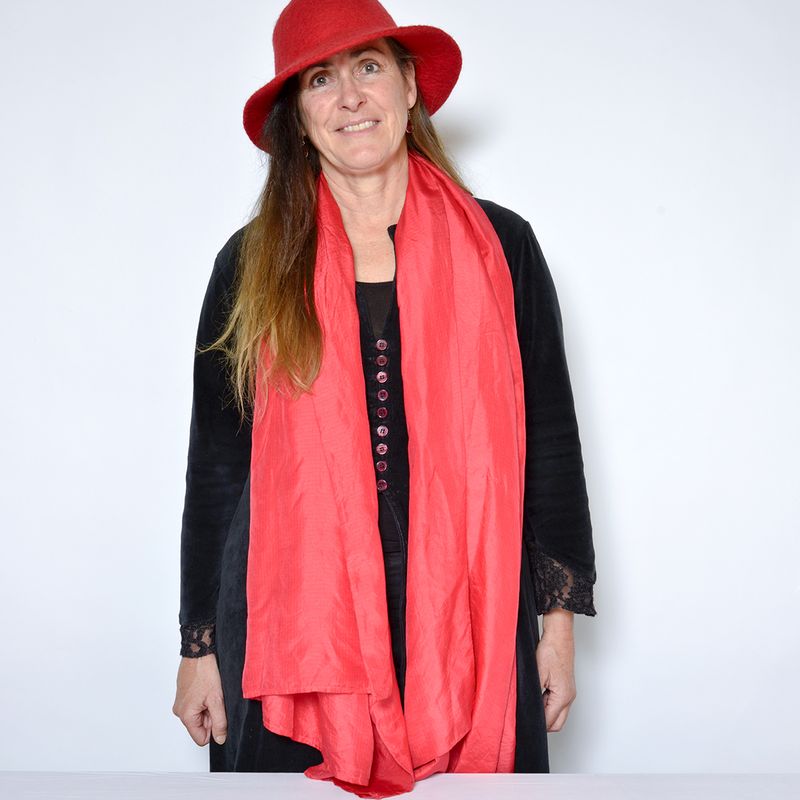 The story goes, “if you give a knife as a gift on a wedding day, you will sever the relationship”. When Joan accidently melted the handle of the knife on a hotplate, she wept. It was illogical, but she couldn’t help but grieve for its symbolism. Dale restored the quality of ‘knife-ness’ to the object and repaired it to Joan’s indications and her concerns for sustainability. 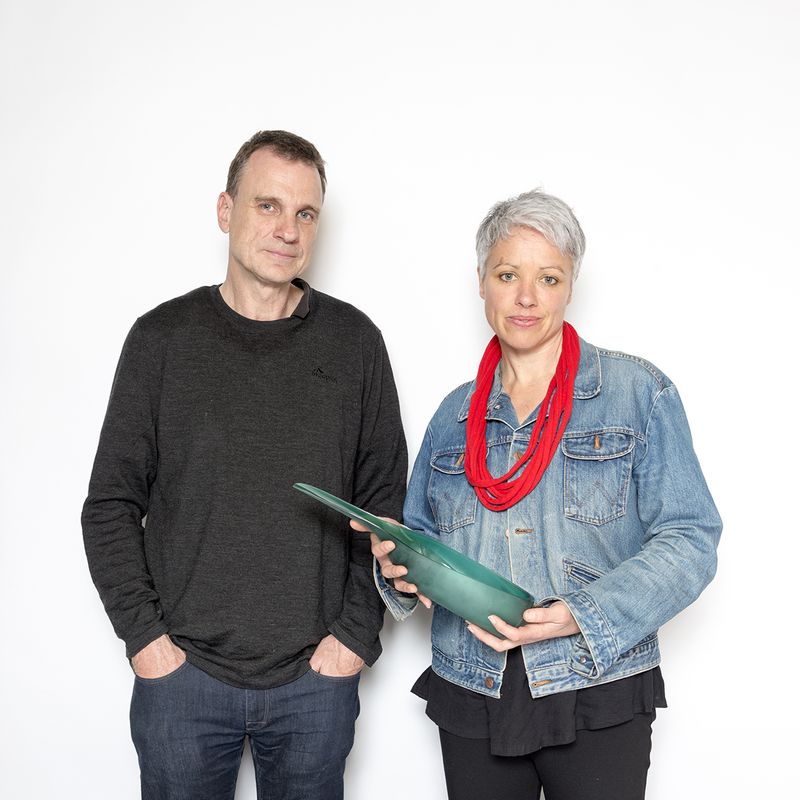 Justine wishes she could turn back the moment when she broke the Edols Elliott vase in a very typical household accident. The couple have displayed the broken object on a shelf since – still able to find beauty in its shattered form. Repairer Richard Whiteley noted that the transformation of the object already seemed to be underway. 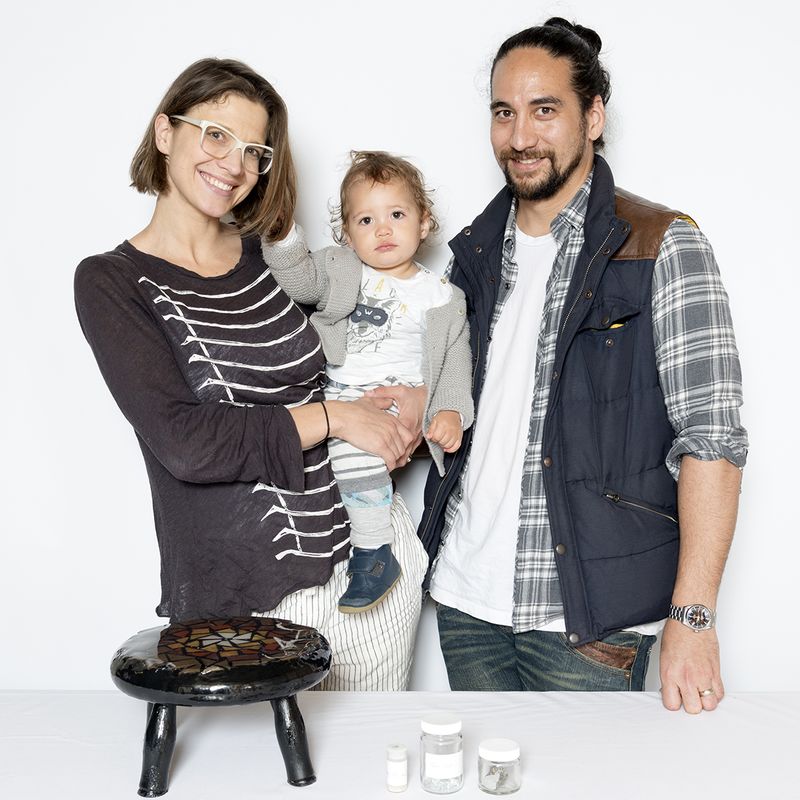 While learning to walk, Karolina’s son broke this object in a local store and Karolina was coerced into buying the broken object. She had no idea what to do with it. Through the repair, SMaRT@UNSW presents some new possibilities for object recycling. 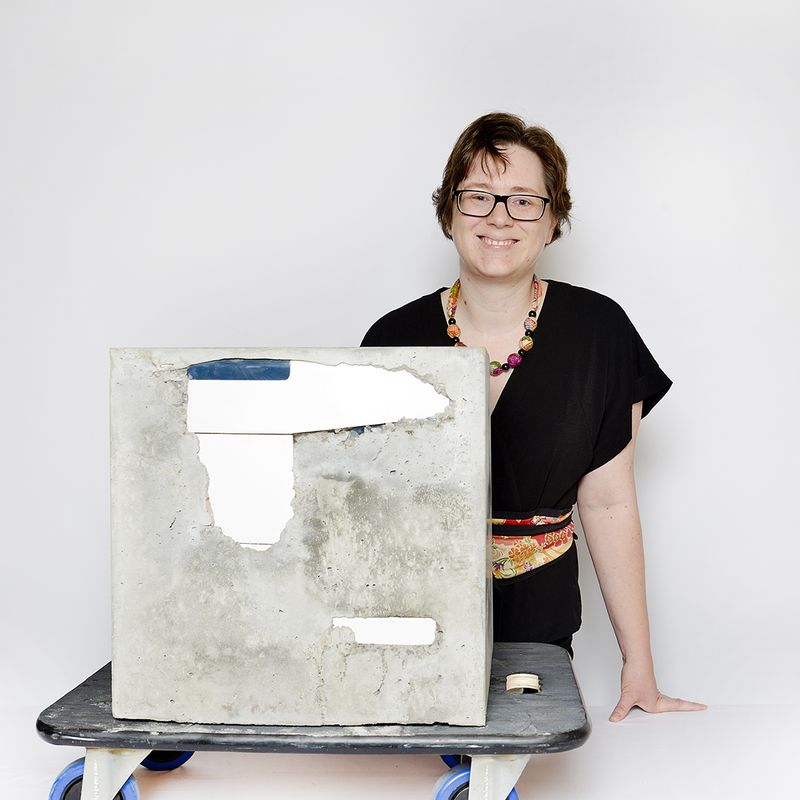 Kristie’s mother was given the Kenwood mixer for her 21st birthday by her parents. It was passed onto Kristie when she set up her first home. Reminiscent of an archaeological artifact, Rohan Nicol has locked the object in cement, fixing in time the often-invisible bonds between family members. 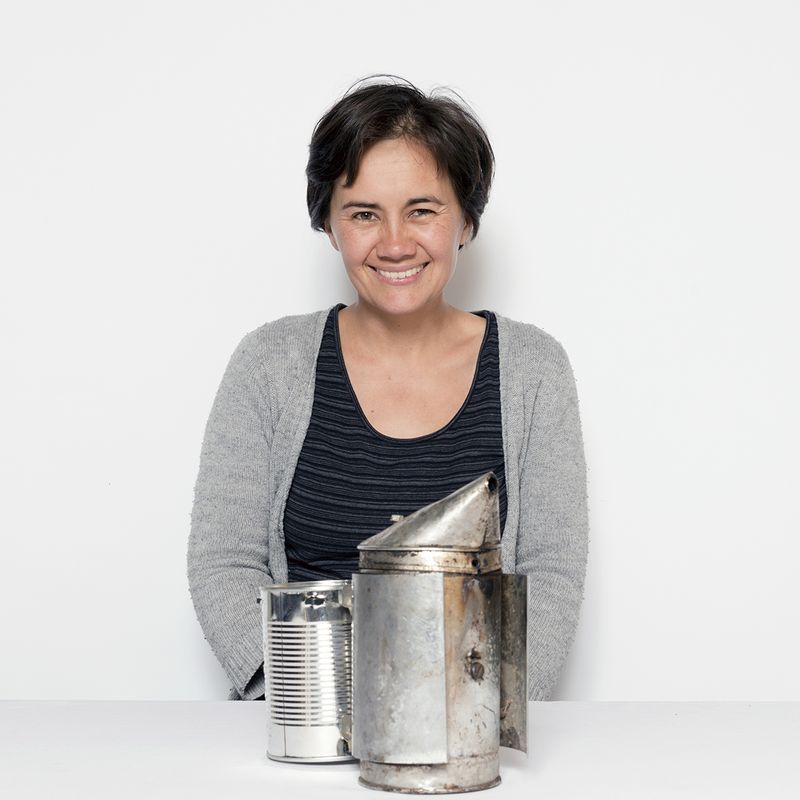 Lee was given the broken bee smoker by a friend who found it at the tip. Rather than see it restored she joked she’d prefer to have it turned into a robot. Repairer Henry Wilson reiterates these sentiments stating “it’s hard to repair in 2016”. 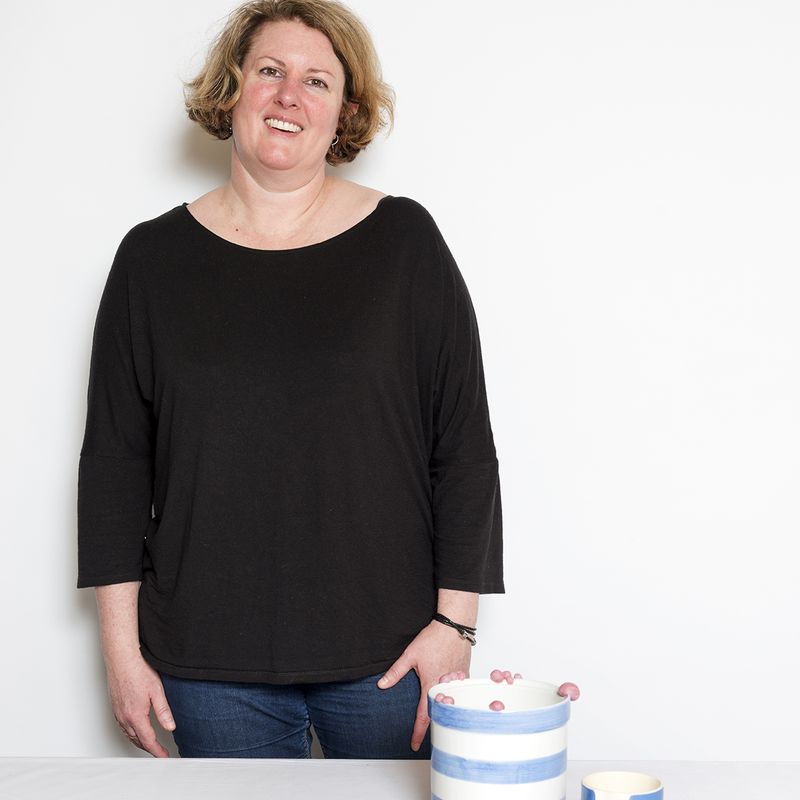 Leife’s blue and white ceramics were collected from various places and have varying monetary values. Over the years, broken pieces have been piled up in a polystyrene box. Repairer Halie Rubenis ‘fixed’ these objects with an experiment. Using all that she had on hand, she created a series of unusual and playful embellishments. 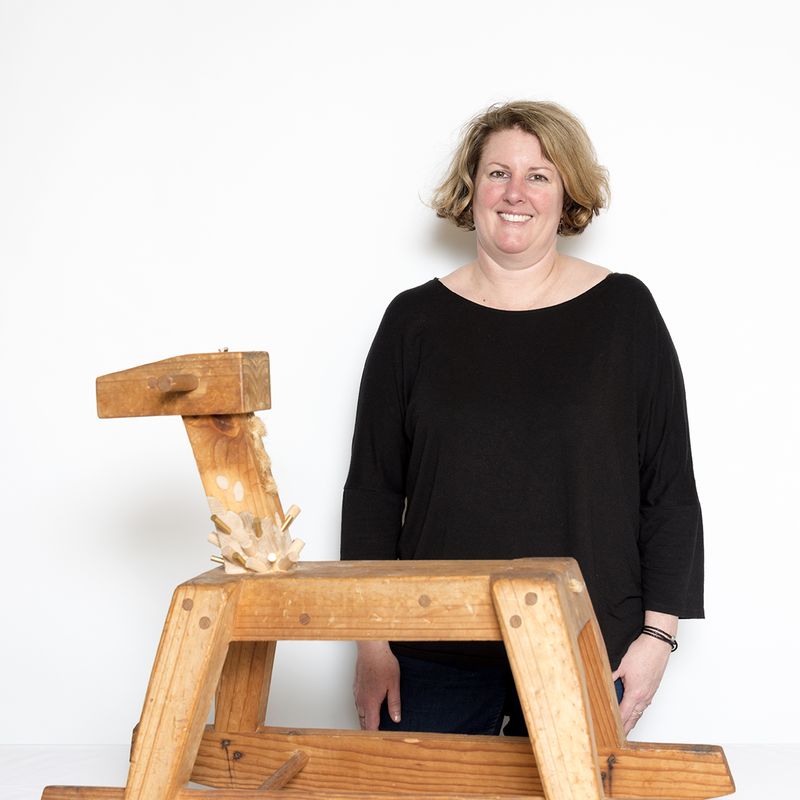 Leife’s rocking horse was made for her in the 1970s by her grandfather. It was robust and functional, lasting for more than 40 years before the head eventually broke off due to rusted steel screws. Repairer Liam Mugavin, honoured the form of the horse and mended the neck joint with dowel and brass. 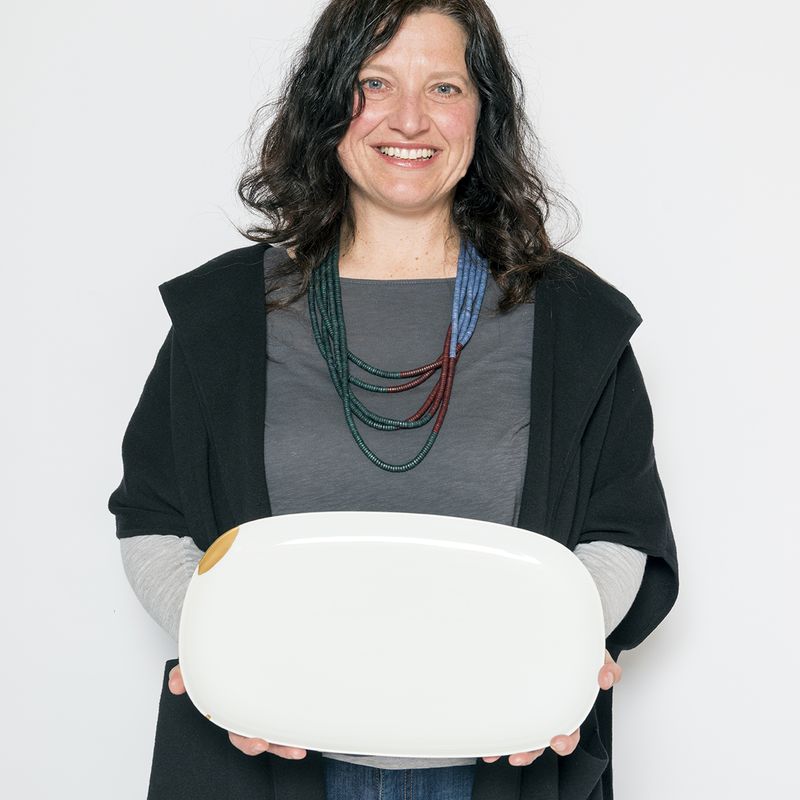 This simple white platter has, in some ways, recorded Lindy’s adult life. She bought it 25 years ago and the plate has hopped from home to home with Lindy ever since. Repairer Yutaka Ohtaki uses kintsugi, a traditional Japanese technique for repairing broken ceramics. 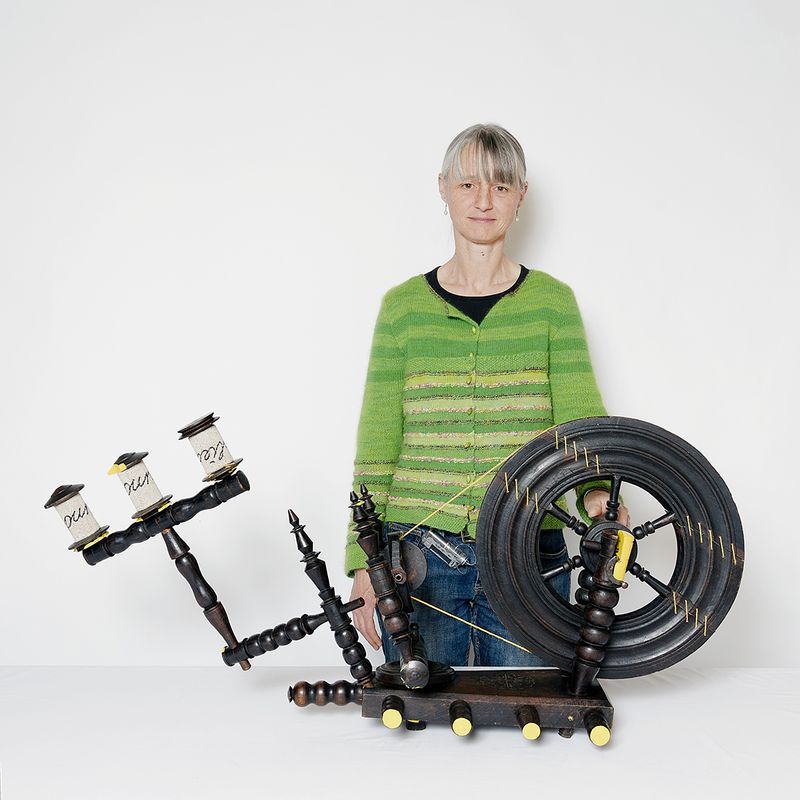 Lis’ old Dutch spinning wheel was originally a flat pack piece of equipment: easily assembled, disassembled and portable. Repairer Monique van Nieuwland has assembled the parts into a hat and coat rack, this new form maintains the silhouette of the original shape. 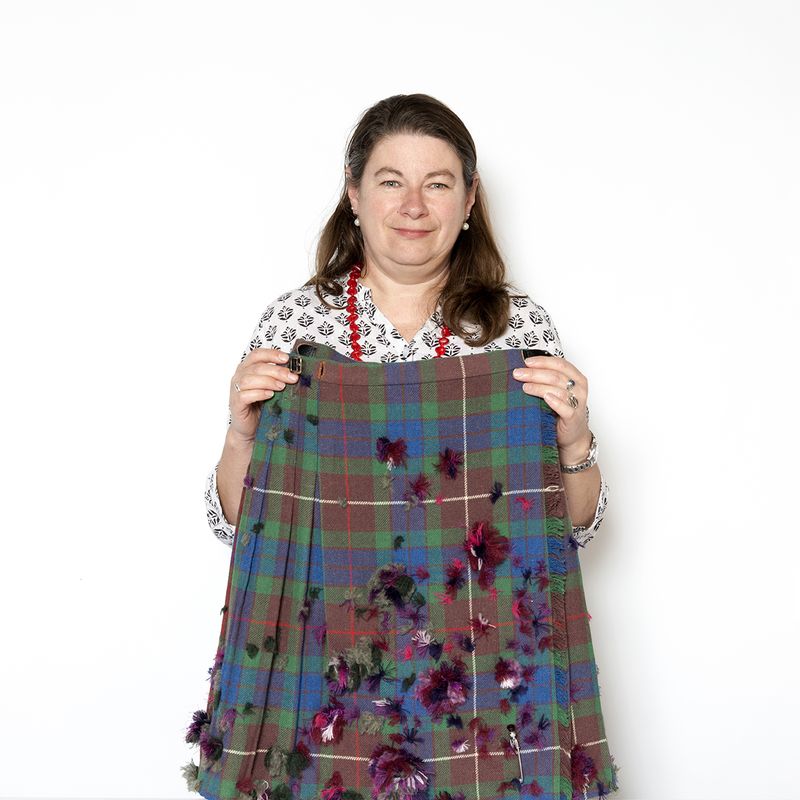 Melissa inherited the kilt from her grandmother. It is approximately 60 years old. Repairer Elise Cakebread used traditional mending techniques including felting, darning and stitching, albeit in unconventional ways. 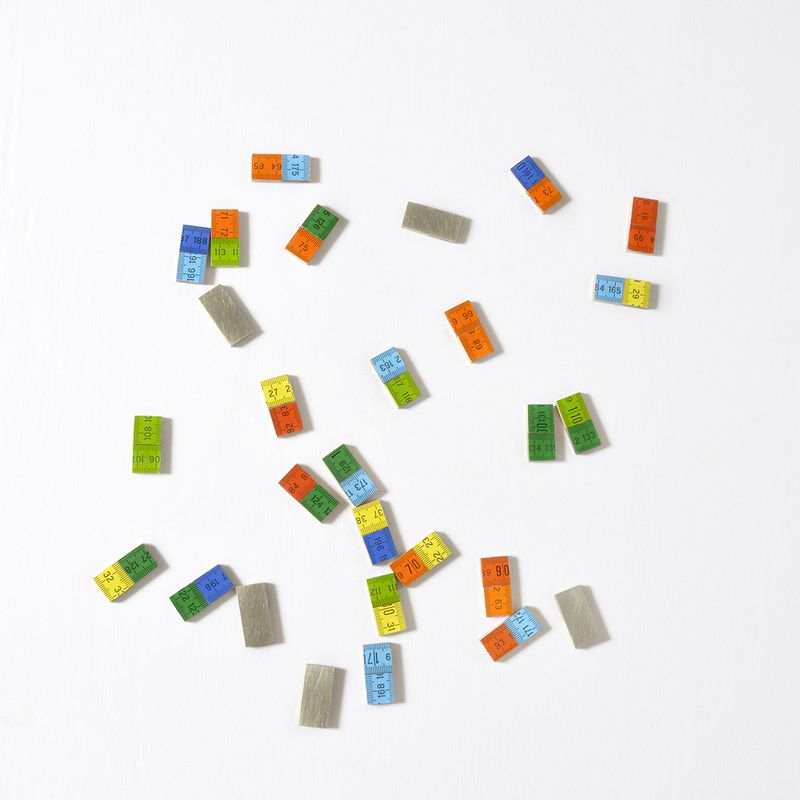 Seven-year-old Oscar used the ruler sometimes for measuring and sometimes for playing. With guilt, he recalls that it broke when it “wasn’t being used in the, um, right way…” Interpreting the object as an item of play, repairer Alison Jackson cut down each of the colours to create a set of dominos. 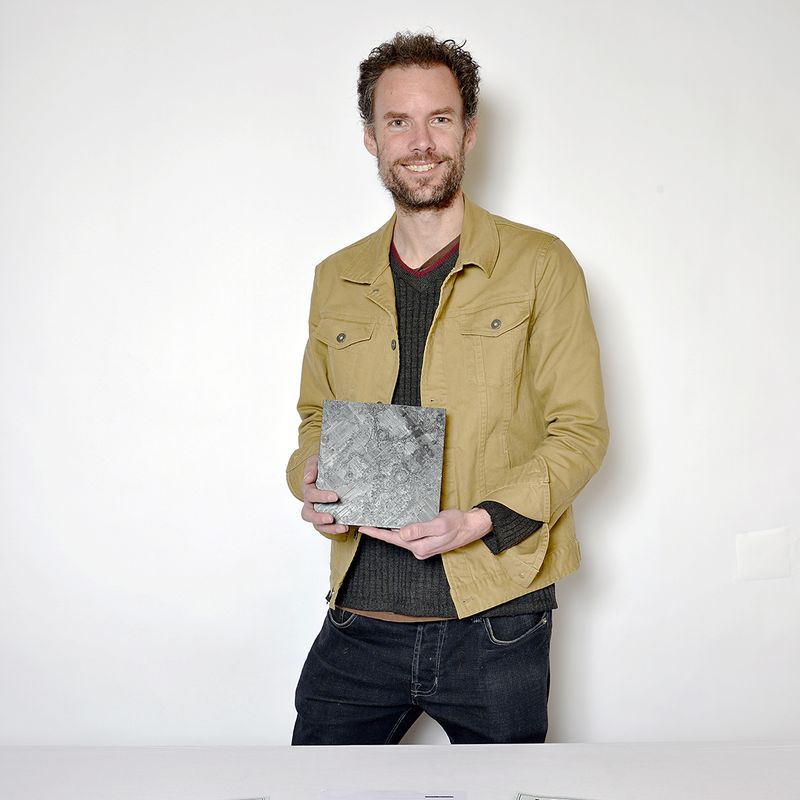 Peter Nolan submitted himself to Object Therapy not because he sees himself as broken, just more of a 'fix and make' project. Thought Collider did not see themselves as qualified to fix a person so have instead developed a collaborative mode of ‘repair’ that provides Peter with a creative outlet. 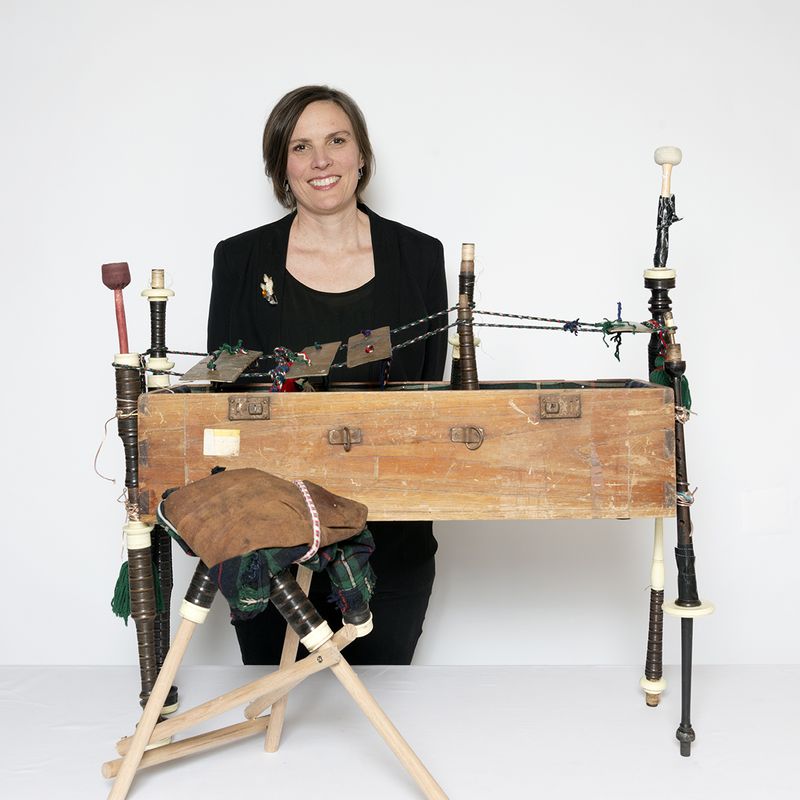 Rachel never heard her father play the bagpipes. Despite their prolonged inactivity, the family has kept the bagpipes since her father’s death. For repairer Dylan Martorell, the only thing sadder than a purely decorative musical instrument is an instrument packed into a box lying dormant. He has turned this once majestic beast into an imagined object from an alternate musical diaspora. 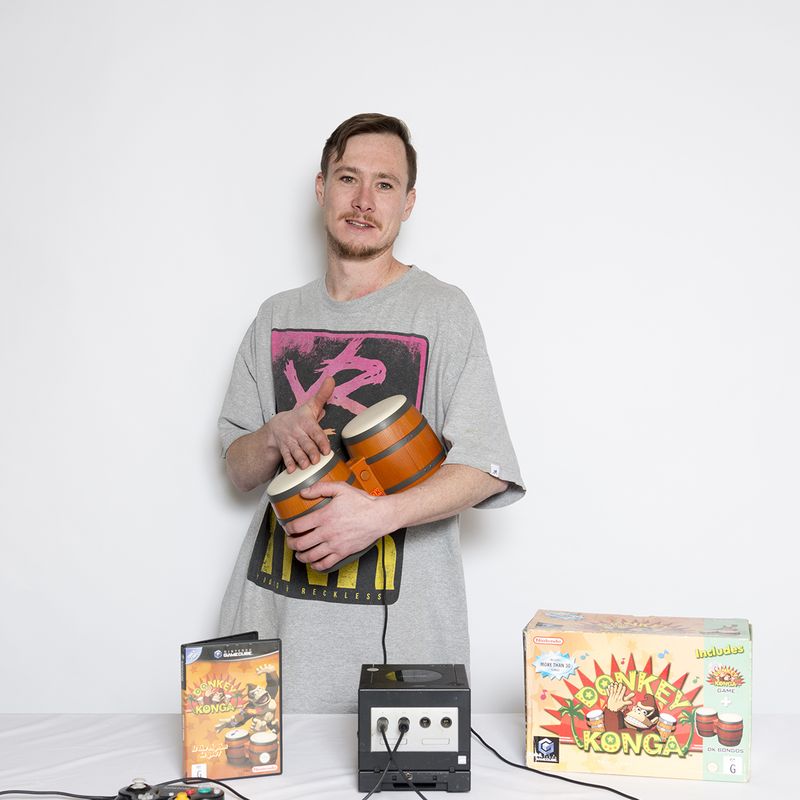 Rhys collects Nintendos. The GameCube never had a power supply and its RCA cables were damaged. Rhys has never turned it on. The Object Therapy team bought replacements from Ebay, and purchased a second-hand Donkey Konga game with bongo controller from the same Ebay seller. Just for fun. 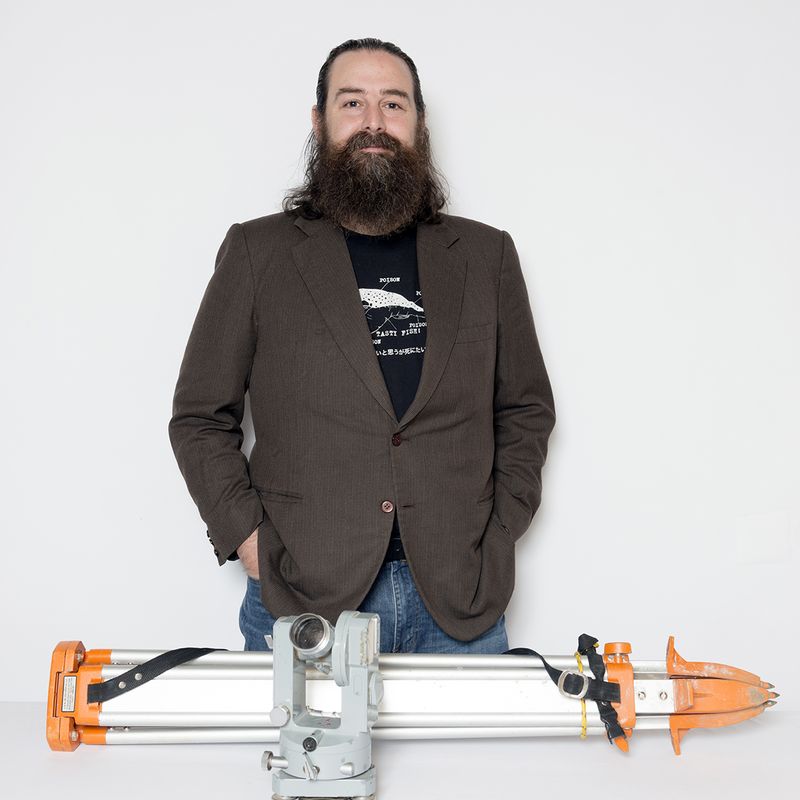 This theodolite, a surveying tool, has had a full life in service, documenting sites for the government in coastal NSW and in the Pilbara. Richard is a passionate archaeologist interested in the possibility of this theodolite having a second life. The Object Therapy team invited Franchesca Cubillo to ‘repair’ this machine with words. 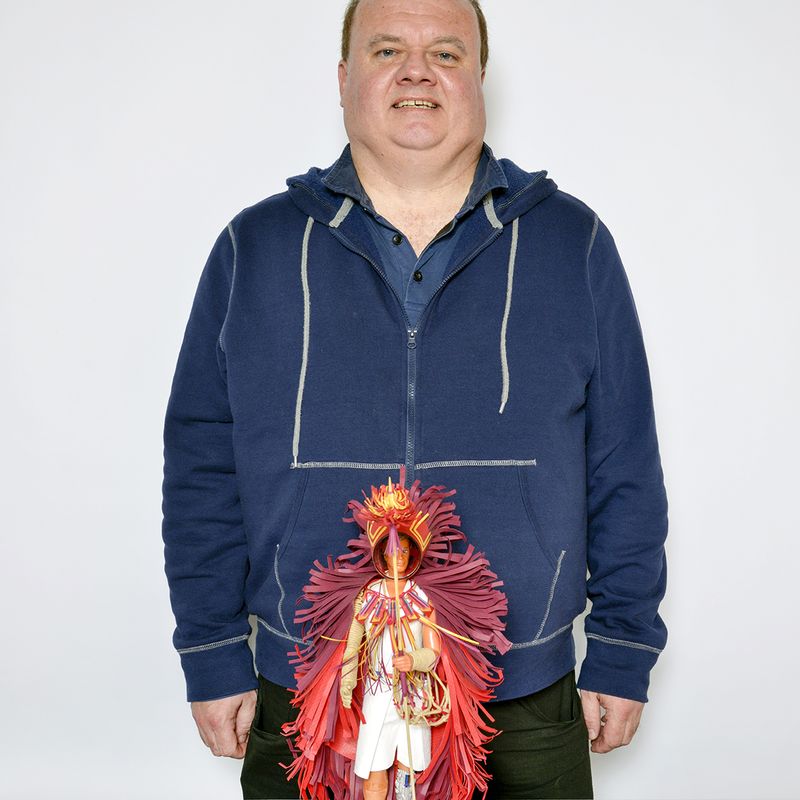 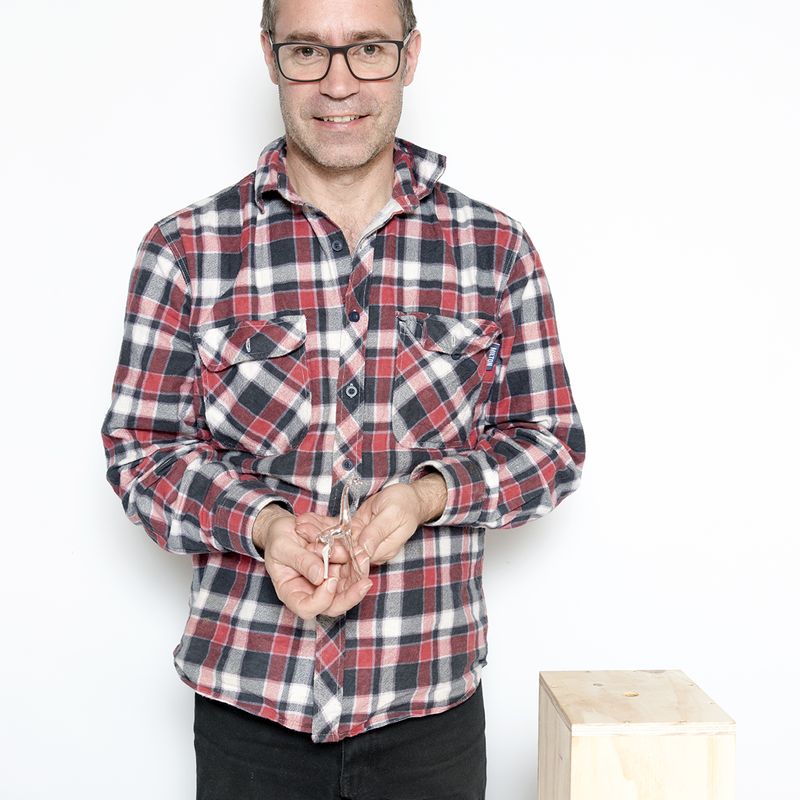 Shane purchased the glass giraffe for a woman he was courting in 1993. The woman, Jane, later became his wife. The giraffe was displayed prominently on their bookshelf for many years until Shane broke it, knocking it off the shelf. Guy Keulemans has approached the repair experimentally. 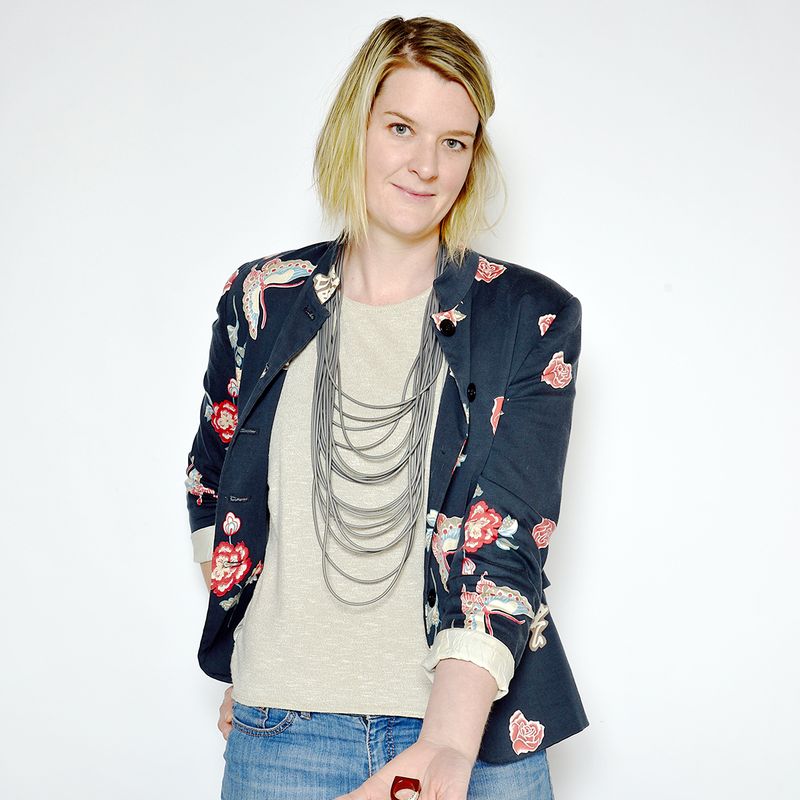 Skye bought this rings from a market stall in London in 2010, simply because she liked it. She expresses real concerns about our 'use and chuck' society. Kyoko Hashimoto responded to the object owner’s concerns, and while Hashimoto often uses plastics in her work she wanted to repair the ring without them. 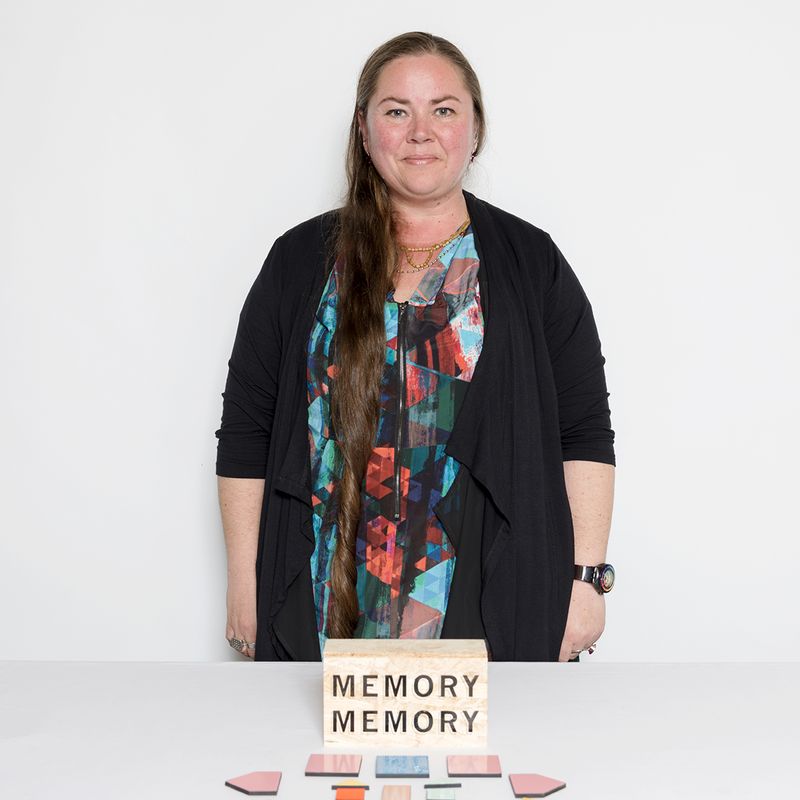 Subhadra is an educator at the Blue Gum Community School in Canberra, the puzzle’s home for the past 10 years. Puzzles are notoriously difficult and expensive to produce. Too often when pieces go missing they are considered useless and are thrown away. In repairing the object, Daniel and Emma removed the puzzle from the frame and transformed it into a memory game titled ‘Memory Memory’. 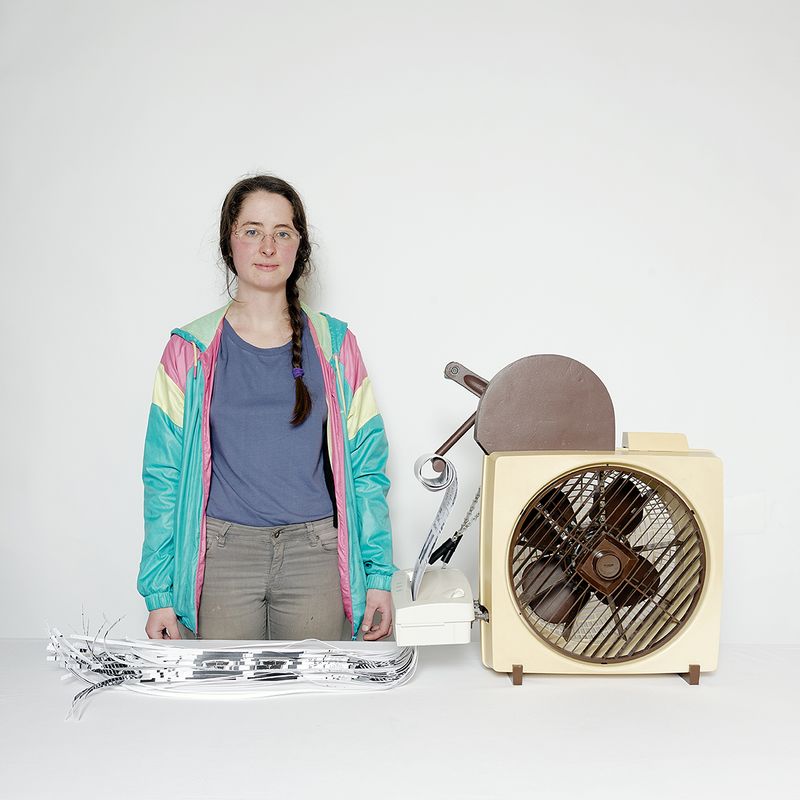 Susannah recently attempted to take apart the broken fan. In the process she discovered the fan had been recalled in 1992 after causing more than 50 house fires. Susannah removed the ability of the fan to cause fires by making it hand cranked. As the crank runs the fan, it has a dual function as a paper shredder. 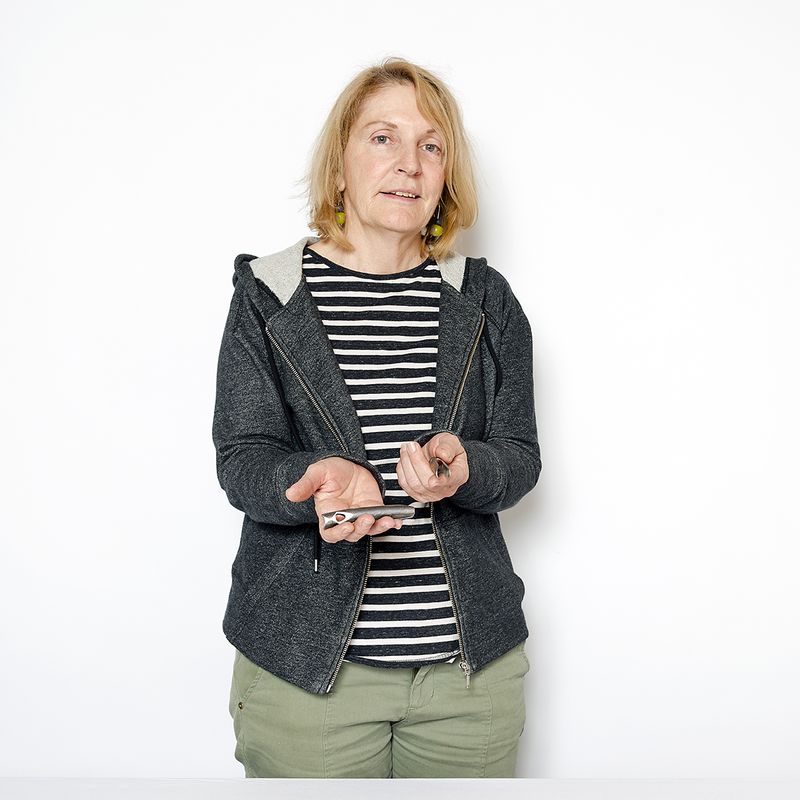 The washing trolley has been in Teena’s life for 40 years or more. For her, objects hold personal memories and she can’t turn them over readily. Design anthropologist and the assigned repairer, Trent Jansen also felt a nostalgic connection to the object describing it as a "beacon of the Australian dream". Jansen transformed the trolley into a collection of pegs, archetypal to that period.