Prue Venables is one of Australia’s most accomplished ceramic artists. Hear how Prue went from a career in science to pottery; how three tiny porcelain jugs changed everything for her; and her controversial advice for new makers.

Prue Venables makes porcelain vessels - like jugs and beakers, ladles and colanders - that elevate humble domestic objects to exquisite works of art. They are smooth and elegant, with a minimal colour palette of white, metallic black and sometimes red.

Included in many public and private collections worldwide, these pots explore complex and unusual approaches to working with porcelain, challenge the significance of daily objects and highlight the richness that they bring to our lives.

The Australian Design Centre honoured Prue as a Living Treasure in 2019. Living Treasures: Masters of Australian Craft \ Prue Venables is an ADC ON TOUR national touring exhibition opening at fourteen locations across Australia from 2019 to 2022.

Prue works in her studio on the ancestral lands of the Dja Dja Wurrung, Taungurung and Wurundjeri Woi Wurrung peoples in the Macedon Ranges, Victoria. 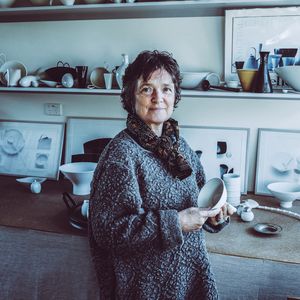 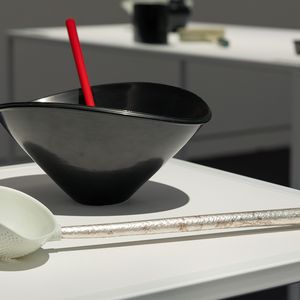 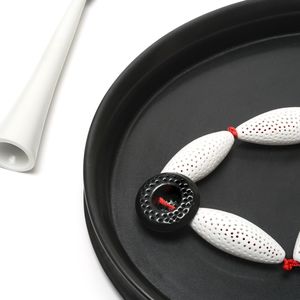 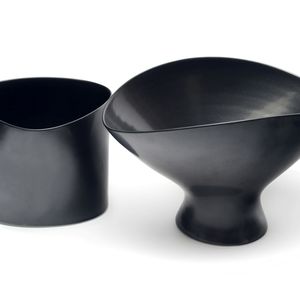 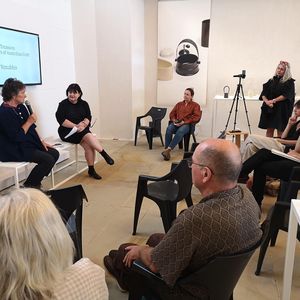 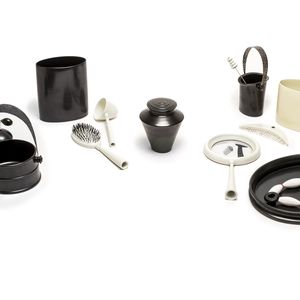 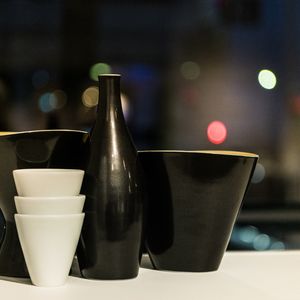 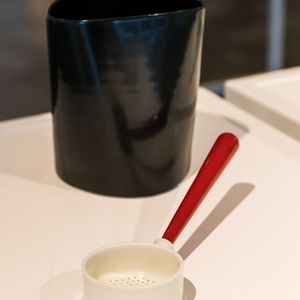 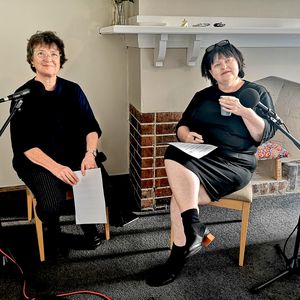 Prue's earlier study of music and science became the foundation of how she thinks and approaches her craft. "The thinking and the discipline, the asking questions and exploring things."

Approach with an inquisitive mind [11:03 mins]

Prue credits her curiosity to her science and music teachers, "people who were really inventive and exploratory thinkers....I watched what they did and what they said to me and it just built up a sort of  way of being really. "

Using a number of wheels at the same time is standard practice for Prue. She says that with porcelain, it's often actually better to make something on and let it sit and not move it. As soon as you move it in any way, you get this sort of ripple response in the body of the clay, and that could come out in the firing.

Many of Prue's ceramics tools are made by her out of junk, as she puts it - old hacks saw blades ground down into make a little sharp knife or something to almost grate the clay. She says that when she can't find these handmade tools, she can't work. "It's like you become dependent on these little things."

The most important technique for porcelain [16:26]

Prue believes the most important technique for working with porcelain is that you have to listen to it because it'll tell you what it'll let you do. She says that what's needed with porcelain is "a sense of, that it's always a developing knowledge.That you start with the material. You have to really feel what the material wants to let you do, and then explore that. And gradually, gradually gradually move the edges and change the parameters as you go. In a way you have to respect what it's telling you."

Prue visited Jingdezhen on the insistence of Japanese potter and director of the pottery workshop there, Takeshi Yasuda. Prue describes how Takeshi used to say, "Why haven't you come? You should come. if you don't come soon, it'll be too late!"

Prue describes it as amazing, seeing ceramic works that she couldn't believe possible like big tiles that have four meters by one meter wide or one and a half meters wide.

"The hardest thing is accepting it's something in yourself that needs that, and then just doing it."

So many times I've met people who've said, Oh, I really want to do this. But everyone tells me that you can't make a living or you can't do this, or you shouldn't, or you should do something more reliable. Often it’s the parental voice talking, but I always say, You have one life. I don't think it is an easy path, but then many paths aren't easy."

Prue's advice to makers is

Once you start selling, you cut back on your learning. [22:20 mins]

Prue strongly believes that to not sell your work until it's really well established. She says if you want to be a really good maker and build a reputation for your work, don't start selling right at the beginning. "Everybody when they first make things, think, Ooh wow, I made that, this is great! But a lot of people are selling within the first year or something. I was lucky at Harrow in that we weren’t allowed to sell anything. It would have meant instant expulsion. Nobody ever did. Nobody ever tried.

Once you start selling, you cut back on your learning."

"I remember Gwyn Hanssen Pigott used to say, If you're thinking about selling all the time that you're making, there's a part of your work that will look like the gas bill. And she was absolutely right."

The Living Treasures exhibition enabled Prue to produce a large body of work and to incorporate metal much more strongly in her work, and to present it publicly. She points out that one of the key things is that it's work by a person who makes functional objects and that's very unusual to have to have an exhibition like this.

Winning the Fletcher Challenge Ceramics Award in New Zealand [in 1995] was another key achievement for Prue. She says she almost didn’t send the work because she entered three very tiny jugs, some of the smallest pieces she'd ever made. They were under ten centimetres tall. As she packed them up, she thought, "Well, there’s not a lot of point to this."

Fortunately, she said, Takeshi Yaseda was the judge. "Takeshi said he just walked past them, he didn’t notice them to start with. They were so small. And most of the work in the competition was huge. Huge, almost life-size figures of animals and absolutely extraordinary work actually. There’s a fantastic contemporary ceramics world in New Zealand.

He said that he wandered around the exhibition for a few days. He didn’t notice my work to start with, and when he did, he realised they were very complex. Anyway, he awarded them the first prize and it was after that, that people started to notice what I was doing. "

Prue believes that functional objects can actually change your life. They can change your thinking.They can alter how you feel and that they are  key things in our lives.

"It [Living Treasures: Masters of Australian Craft] has a very important role to play for anybody who wants to make functional things. It provides good encouragement that you can actually do that.That you can treat that as your serious work. That you don’t have to make something else, and then do functional work as an aside. That’s a major, major thing that it’s done for the ceramics community."